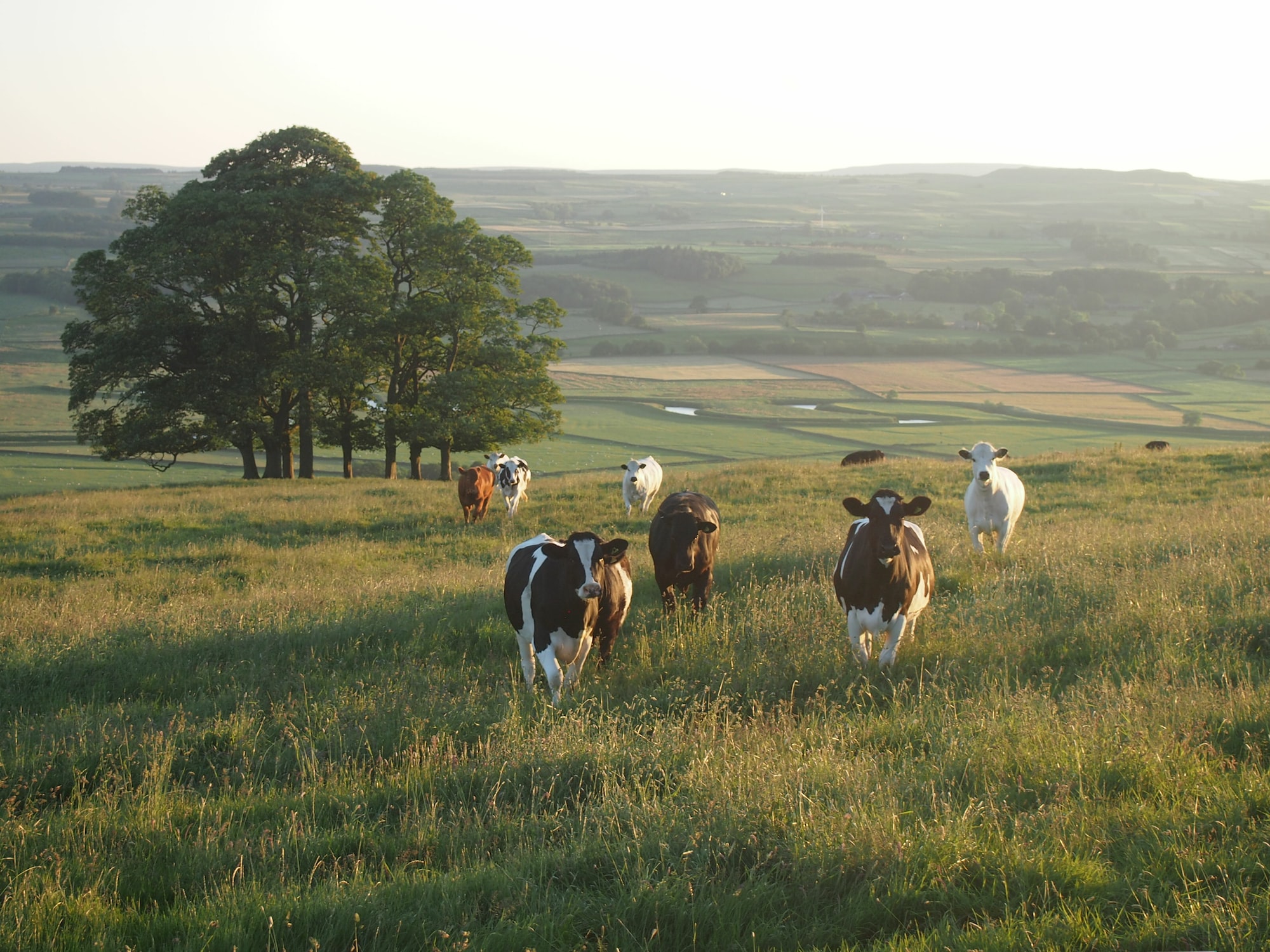 After the last weekend, I’ve been compelled to write a cow attack survival guide. I couldn’t find one, so I have to presume it’s because there haven’t been any survivors up until now.

Below is a story on getting charged at by a cow and how I lived to tell the tale.

The farmers said we’d be fine. Ten minutes later, we were wrestling with a barbed wire fence to avoid a cow’s lethal charge.

I can sense your scepticism; cows aren’t dangerous. Physics says otherwise. They’re 500kg and can run up to 25mph. That’s like being hit by a car that bites and tramples you once you’re down.

Some context for any non-UK readers: you can walk through most fields with livestock in them. You leave them alone; they leave you alone.

Cows with fresh baby cows are different. They’re very territorial. You have to take precautions.

Give them a wide birth, don’t make eye contact, and make enough noise, so they know you’re coming. Don’t spook them, or you’re in trouble.

Our cow started to moo. There were a dozen of them, all docile with their bovine babies. But one cow, let’s call her Janet, started to moo at us.

No, we didn’t have a dog. We were doing everything right, but Janet didn’t like us.

We were over 30 metres away, approached to avoid surprising them, and we were almost to the other side of the field. We thought we were going to make it. That’s when Janet snapped.

When a cow’s moo turns into a roar, and it starts charging towards you, that’s when you need an escape plan.

Rule 1: assume that you’ll need an escape plan from the start. We’d already inched ourselves halfway to the perimeter. Unluckily, it was a barbed wire fence.

We had to think fast.

Rule 2: don’t turn your back on a cow, and don’t run. That will make them charge.

If the cow is already charging, ignore Rule 2 and rush into the Barbed Wire Fence Protocol.

Barbed Wire Fence Protocol: throw any bags over the fence. Grab a part of the fence without any barbs, and pull down to make a gap you can slip through.

Warning: Make sure your coats don’t get caught.

Our coats got caught. We’re half in and half out.

The cow was 3 meters away.

I’m here. You know I made it. The damage was a torn coat, a cut-up hand, a bloody ankle, and a new sense of panic.

The fence had contained the angry mama cow, but she kept roaring at us. All the other cows had joined her by now and had formed an upset chorus.

We thought we were out of harm's way, but what if there were something worse in the paddock we’d fled into?

Gingerly, we surveyed the new paddock—nothing dangerous, just a fabulous swan and some ducks. We told them of the murder cow just yonder. They quacked. They understood.

Cows in the spring are dangerous. More people die from cows than sharks.

Or worse, have your tombstone read, ‘Death by cow.’