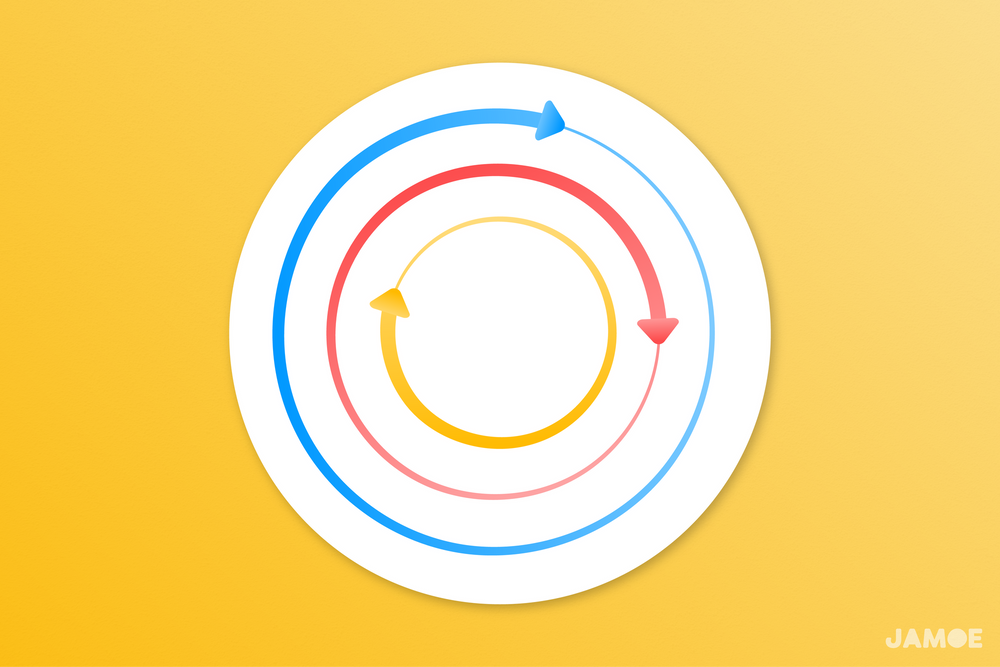 There are many myths about dealing with temptations. We tackled some of them in our piece, Motivation Is A Myth: How To Be Disciplined By Design, which champions the idea that removing temptations is a far more effective strategy than building up your willpower when it comes to cultivating healthier habits and being less distracted.

The world has changed. There's been a reckoning in the world of social science and psychology. Many of the studies underpinning self-improvement advice and educational policy fail to be replicated by contemporary studies. The Marshmallow Test is most famous, but other household terms have also come under scrutiny, like grit and growth mindset. That's not to say they're without insight; we just need to take a more nuanced approach than assuming our fates are sealed the moment we decide to gobble the marshmallow.

First, we'll debunk The Marshmallow Test to reveal the popular myth that has poisoned policy papers for far too long. We'll then contrast the bravado and bombast of those claiming to have incredible willpower with the comforting reality of how they're actually avoiding temptations.

We'll wrap up by turning to the more valuable but often overlooked insight from the study: we can learn to love delayed gratification under the right circumstances. We'll share those circumstances, how to better manage your desire for instant gratification, and offer some principles you can adopt to start playing the long game and – more often than not – win.

Pop psychology took the results from The Marshmallow Test and ran with them to the White House. The message, backed up by their distorted understanding of the research, was that teaching children how to defer gratitude was a panacea for closing the achievement gap and should become an integral part of educational reform. The problem was that they were wrong.

Fortunately, a new study has successfully challenged this myth, offering us a more sober (and accurate) way of using deferring gratitude to predict how successful you'll be at school and work.

The marshmallow test has two notable parts. The first set out to see how children cope with a test of willpower. The second looked at what conditions would make the children more likely to conquer the willpower test.

True to its name, the experiment involved marshmallows. Children were presented with the squishy treat and given a choice: eat the marshmallow now or wait and you'll be given another one. Some children waited, and others didn't. However, the part of the test that made this piece of research famous was what happened 10 years later.

The researchers kept tabs on the children and found that those who were able to wait were significantly less likely to have problems with their behaviour, drug addiction or obesity when in high school compared with the kids who gobbled up the marshmallow within a minute. The gratification-delayers also scored an average of 210 points higher on the SAT.

If a child can control their impulses to defer gratitude → They will be set on a path for positive health, behavioural and academic outcomes.

However, a new 2018 study, led by Tyler Watts, that set out to replicate The Marshmallow Test reveals how extreme of a misrepresentation this was. While they found a similar correlation between those who succeeded at the test aged 4 and their achievements aged 15, the correlation size was half that of the original paper. After controlling for factors like intelligence and family background, the lack of correlation became starker:

“If you have two kids who have the same background environment, they get the same kind of parenting, they are the same ethnicity, same gender, they have a similar home environment, they have similar early cognitive ability,” Watts says. “Then if one of them is able to delay gratification, and the other one isn't, does that matter? Our study says, ‘Eh, probably not.'”

With word spreading that deferring gratitude is not an easy way to fix the achievement gap in education, we hope more resources will be diverted from the “character education” programmes – such as the power of grit and having a growth mindset – to ones that tackle the more stubborn socioeconomic factors that are preventing more equitable outcomes.[1]

Despite all that, deferring gratitude is not meaningless. Here's why.

The value of deferring gratitude is something intuitively understood by squirrels. Routinely, they bury nuts for the winter instead of giving in to the temptation of eating their entire stash now. Failing to do this as a simple and motivating conclusion: they'll starve.

So while deferring gratitude won't allow us to overcome the full force of our socio-economic context, it's still worthwhile. With it, we can avoid the fatal fate of the impulsive squirrel and, when done correctly, reap the richer rewards that come from playing the long game.

Learning an instrument, progressing in our career, inventing a new sort of vacuum cleaner – all of these things are the product of investing more time in the long-term rather than spending it chasing quick wins or sugar highs that don't last.

Indeed, almost everything in our modern society deemed worth having requires a conscious and sustained effort, with the reward only revealing itself to us after a delay. So, how can we build a stronger bias for the long-term over the short-term?

Our Framework for Playing the Long Game

Earn back your trust

The second part of The Marshmallow Test investigated the power of broken promises. When the researchers refused to give the children an extra marshmallow for waiting, the children became less trusting and thus far less likely to defer gratitude.

We are no different. Life has many ways of subverting our expectations, leaving us bitter, resentful and hurt. We begin to question the point of playing any long game, whether participating in a new fitness program, relationship or experimenting with the purported benefits of cutting out caffeine.

As we've been bitten, we are now twice shy. However, if part of us remains hopeful and wants to start acting less impulsively, we recommend starting with small promises to rebuild your trust.

Instant gratification is so seductive because we love pushing against the world and seeing it move. The problems arise when the delay between our actions and the outcome wears down our patience, forcing us to lose hope. That's why we recommend starting small.

Too often, we set fantastical goals, which only reinforces the idea that we can't stick to the promises we make to ourselves. That's when we start to believe the rewards of playing the long game aren't for us. However, we're simply trying to run before we can walk.

Instead, start by making a promise that requires a tiny push and offers an almost immediate outcome. With this perspective, you might decide to do one push-up a day for a week rather than download a huge (and unsustainable) fitness routine from some oiled up online guru. Once you feel the difference, you can make your promise slightly larger, like doing two push-ups a day.

Starting small allows you to build up a chain of promises that prove you can follow your commitments. By sticking to the habit, you'll also see how the rewards of delaying gratitude are not mythical but genuine.

While the first two points focus on building a belief in the benefits of deferring gratitude, the final point will help you keep up your good habits.

Despite the widespread belief that strengthening self-control is the best strategy for overcoming temptations, new research suggests that inspecting and redesigning our environment is far more effective.

In this way, if we're trying to cut down on the number of sweet treats we're eating and we're sitting in front of a plate of freshly baked biscuits, we've already lost. At least, that's the idea being promoted by a 2011 study published in the Journal of Personality and Social Psychology.

The study tracked 205 people for one week in Germany. They were all given phones that would go off at random, asking them about the temptations they were experiencing at that moment.

The study revealed a paradox: the participants who claimed to be the best at self-control by agreeing with statements like, ‘I am good at resisting temptations’, were confronted with far fewer temptations during the experiment.

In other words, those who boasted about their self-control abilities were hardly using them. In contrast, those who viewed themselves as more impulsive were tempted far more often.

These findings were echoed by a similar 2017 study from McGill University in Canada. The students who experienced the fewest temptations overall were far more academically successful than their peers who encountered many temptations and needed to exert their self-control.

That is, our environments play a significantly larger role in our ability to defer gratitude than is often acknowledged. That means we should spend far more time thinking about removing temptations than increasing our willpower.

Creating a Portfolio of Gratitude

Living a life devoid of any short-term pleasures is dull. To preserve the thrill of the immediate, we recommend striving to create a portfolio of gratitude.

This is called having a diversified portfolio, and it offers us a valuable guide when thinking about balancing our gratitude.

Instant gratification is low risk and high reward. When you scroll through your newsfeed, you're likely to find a picture of a cat dressed as a hedgehog, chuckle and move on. However, the longer you defer, the greater the risk of something happening that will sabotage the payoff you were hoping for: an illness, a new competitor or the entire world falling into a global pandemic.

The key to overcoming this uncertainty is to balance the number of short and long-term bets you have going at any given time. The more immediate return of your short-term bets will keep life vibrant and maintain your interest in investing your time in the more rewarding long-term bets. After all, playing the long game and the short game and not mutually exclusive.

Deferring gratitude promises us many rewards. Fortunately, it is not an unchangeable character trait that is observable when we’re aged 4, but something that we can learn to develop a bias for over time.

With more research debunking the importance of character traits, like grit and growth mindset, in favour of our environments, we can turn our attention to rebuilding our faith in pursuing long-term games and be wary of the temptations that might sabotage us.

With our vigilance refocused, we can put more effort into designing these temptations out of our lives rather than continuing to believe in the myth of willpower. Doing so will allow us to reap more of the rewards of playing long-term games and, by creating a portfolio of gratitude, sustain our momentum.

[1] It may sound like we’re exaggerating, but many trusted sources endorsed these “character education” programmes over more substantive solutions. Schools introduced these programmes into their curricula; Tom Hiddleston collaborated with Sesame Street’s Cookie Monster; and David Brooks of the New York Times argued that “If you’re a policy maker and you are not talking about core psychological traits like delayed gratification skills, then you’re just dancing around with proxy issues”. In hindsight, we now know that the opposite is true. 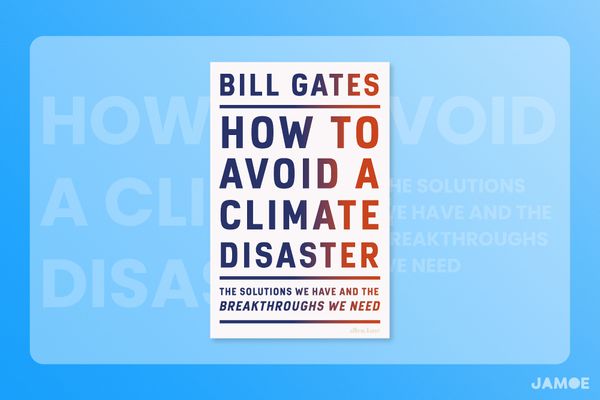