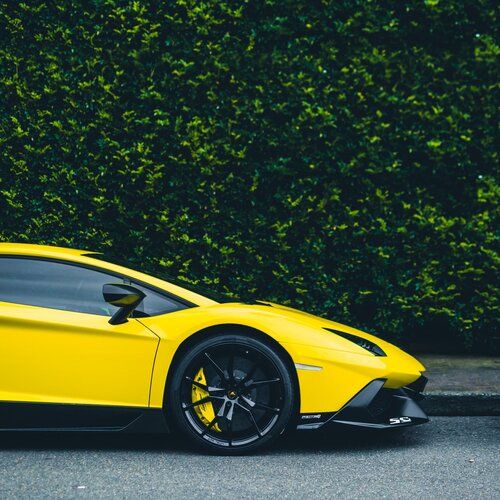 The lady in the supermarché handed me my groceries. I beamed a smiled, 'Arigatou gozaimasu’. She stared at me, leaving me blushing as I made my exit.

I was in Paris for work, and on my way to see some friends for the evening. I was picking up a few things from the shop, and had been doing well until my brain had stalled and, instead of selecting ‘French’, it had fallen on the 'Any foreign language’ setting.

I was in the supermarket to grab one of France’s many blessings, a delicious bottle of wine for only €2. When I relayed this nugget back to England, however, they assumed the wine doubled as paint remover. It didn't, it's just an honest splash of ‘good time wine'. Years later, I would have the ‘good time wine’ in mind, as I zipped along the Jubilee line to find out how it compared to a €4,000 bottle. I expected it to be two thousands times better and come with a side of world peace.

The room was stocked with buyers and room fillers. I was one of the room fillers. The fear of no one turning up had prompted a friend of a friend to send out a call for people to attend a launch event for a new luxury wine. Wanting to see the inside of the famous Pall Mall Wine Society, I'd answered the call and found myself chatting away to some guy, as they handed out samples of the humble-house-deposit-priced wine.

We raised our glasses and toasted to the wine’s success. We sipped away and were told to help ourselves to another glass from the dozen or so samples laid out on the table. In classic fantastical fashion, the crystal glasses were ornately laid out, adored with bouquets of flowers either side, and a few dozen bottles of one of France’s rarest wines.

At 24, I was the youngest person in the room. I guess that’s why someone came up to me, mistaking me for an oil oligarch’s son, and wondered how many bottles I’d like to buy. She added that they delivered, realising that I might not have room in the Lamborghini she presumed I’d parked up outside. I took her card and said I’d think about it.

The guy I’d been paired with from earlier was still chatting away, and asked what kind of business I was in. That’s when we became the room's centre of attention. The guy’s eyes turned dead, and he swayed. Collapsing, his glass dropped and smashed onto the floor with mine following after it, as I freed my hands to grab the lapels on his jacket to prevent his head from becoming unhinged by the table’s edge. One of his hands caught the table cloth, and pulled down the tower of glasses and a waterfall of wine spilled onto us as we both plunged to the ground.

The guy who’d blacked out awoke to find himself on his back and being attended to by some first aiders. We sat on chairs next to each other after he’d regained the strength to move again, both drying ourselves with towels to soak up the wine that had marinated us. It remains the most expensive perfume I’ve ever worn.

He was eating some biscuits and sipping some orange juice, as we’d found the culprit behind his collapse. It wasn’t the wine, but exhaustion. He’d been awake for the last 36 hours. Before the event, he was at the airport returning from a New York business trip, and had opted to kick the jet lag by slotting in a workout session. In a rush, he’d decided to skip dinner and come straight to the event.

Spirits lifted by the biscuits, he told me about the new venture he was launching to maintain his taste for expensive things. I admire anyone brave enough to build something new, so I listened with hungry ears. The romantic in us has a soft spot for tales of tortured artists chasing their passions, so these stories get packaged and fetishised.

That’s where a younger me became stuck. Being hungry and driven meant that I looked to these stories in search of role models, but their narratives framed the destructive burnout culture as features of success rather than bugs. Learning that €2 ‘good time wine’ tastes just as good as a €4,000 bottle confirmed a suspicion I’d been harbouring since entering the working world: burning out for the sake of money, status, or for people and causes you don't believe in isn't worth it.

It's just as hungry and driven, but focuses on building things that matter sustainably. So far, the result has been a more energising life that's keeping me focused on the value of things, rather than being seduced by their price.

I walked home that night still reeking of the year’s-supply-of-home-cooked-meals wine. I thought the fresh air would help lift the stink.