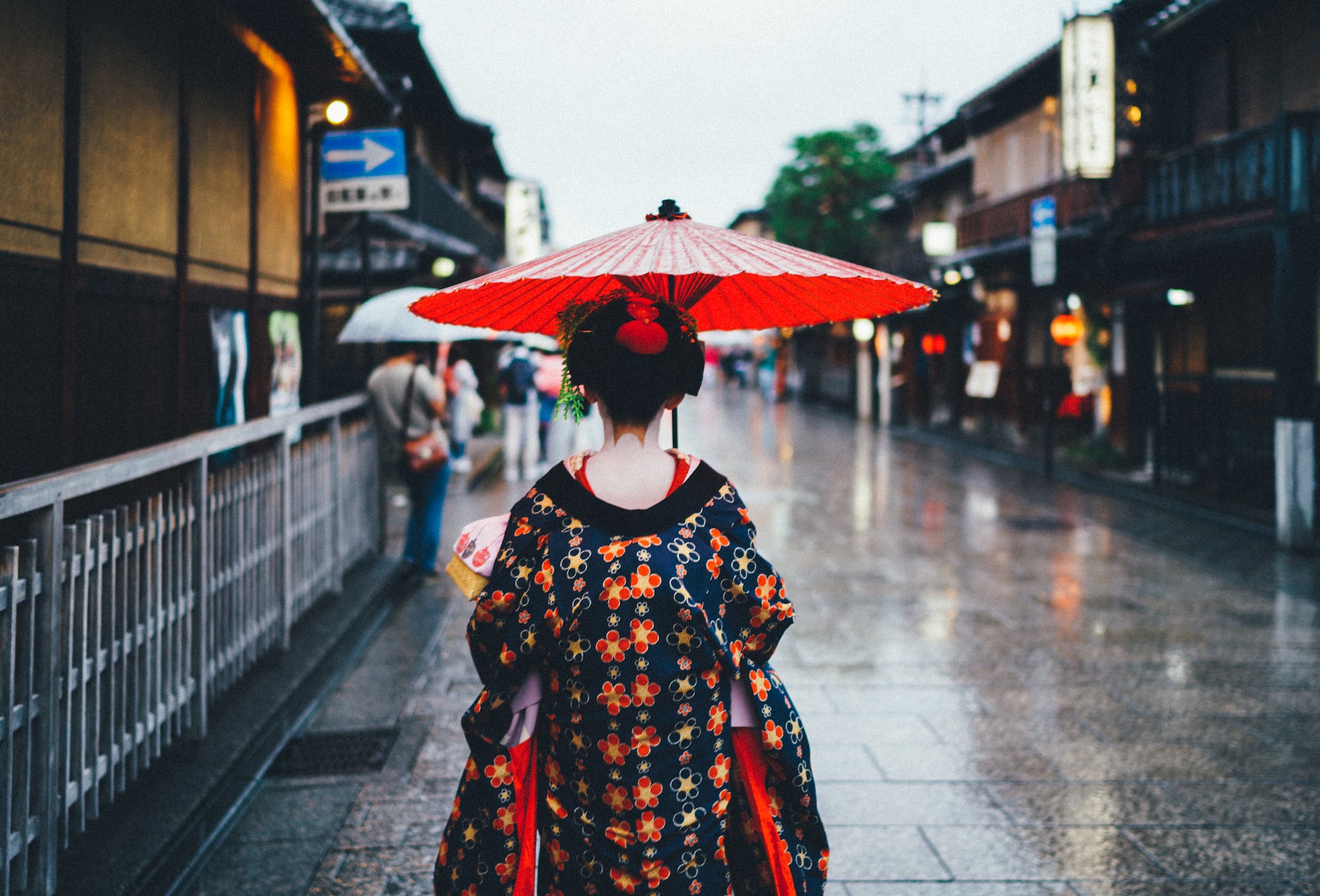 It was the summer of 2012 and in a few minutes, I would be cancelling my flight to China.

‘We would love to have you’ read the email that had chimed in my inbox moments earlier, ‘Can you arrive in a week?’. The message was from a lady in Tokyo. There are two important things to know about this lady: first, months earlier she had rejected my application to intern for her business; and second, she was a geisha.

What’s a geisha? Well, they’re like unicorns, except more real and more magical. The word ‘geisha’ means artist, which may be conjuring up images from films of Japanese ladies who wear white make-up, red lipstick, and perform traditional Japanese arts: fan dancing, the flute, calligraphy. Think ‘Memoirs of a Geisha’ but with a fact checker.

‘First years don’t get internships’ was the wisdom of the older students at university when I was submitting my applications. They were right. Every application I submitted in 2012 was rejected out of hand because I was seen as a 19-year-old puppy who couldn’t do anything of note. The rejection that truly stung, however, was the one from Japan.

Since becoming a Pokemon playing, anime watching kid, I had dreamed of visiting Japan. Now at university, I had sort out an internship that would make that dream come true, but there was only one internship available in Japan, and it was the one who had written to me in March to say, ‘We apologise to inform you that your application has been rejected.’

In replying, they had made one small mistake: they had given me their email address.

Before you judge me for what happened next, I’ll caveat this story by underlining the fact that going to Japan was a dream I had been harbouring for the majority of my life, and I wasn’t going to give it up without a fight.

‘Thank you for your consideration’, and other pleasantries peppered my reply, along with an English translation of their website, which I thought would help them reach more international clients.

Every three weeks I would send a similar message. In each one, I tried to show how I could add value to this lady’s business with ideas and solutions to help her make money, or save money. Each message was met with radio silence.

This carried on through March, April, May, June...

By the end of the academic year, I had resigned myself to the fact that Japan wasn’t going to happen, and had made arrangements to fly to Shanghai to teach English instead, which included getting a picture of the Great Wall added to my passport, the battle scar of having completed a convoluted visa process.

That’s when the lady in Japan finally replied to me. Someone had dropped out, and she wanted to offer the spot to me – would I be interested? The ideas I had shared over the months sounded great, and thank you for the translation.

A week later I was on a plane to Tokyo with the giddy excitement of a kid before Christmas and the nerves of a kid on the first day of school. My four months living in Tokyo endure as some of my fondest memories where I made some of my fondest friends: learning about the secret world of geisha, climbing Mt Fuji, and working hard so my employer didn’t regret taking a gamble on me.

But was it a gamble? Every choice is a risk, and we naturally want to choose the option with the lowest risk and the highest reward. The chain of messages I had shared over the months after my rejection proved that I could add value, and that I was a passionate fellow. In that sense, taking me on as an intern, despite my first-year-puppy status, wasn’t such a risk anymore.

Show don’t tell, and don’t give up on your dreams without a fight.

P.S. You know the person who dropped out of the internship? We met up in Tokyo, as he had opted for a different Japanese internship. Years later, I attended his wedding and we're still in touch to this day. It's funny how things work out.