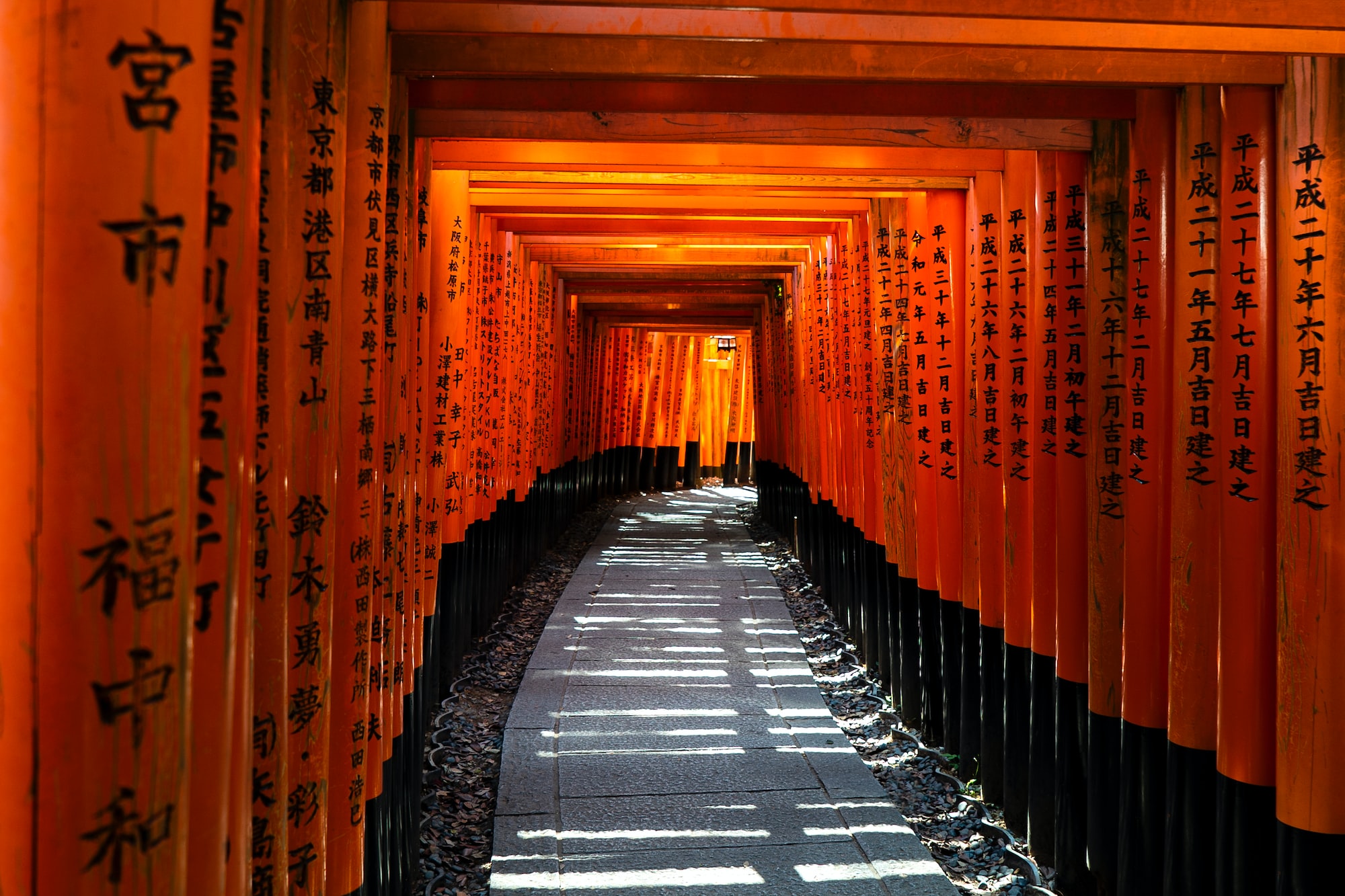 The day had started well but by its end, I would be homeless for the night.

During my internship in Japan, I’d managed to sneak in some backpacking with two of my fellow interns, and today we were exploring the beauty of Kyoto in the summer. It was only after I had literally pulled the short straw and was wandering the streets of Kyoto in the dark, feet blistered, and my body aching for sleep, that I realised my luck had run out.

We like to think that our lives are permanent fortresses, but really they’re more like houses of cards. Through our own misdeeds, or through the more likely confluence of factors that out of our control, we find that our lives can start to fall apart with a small poke.

A mis-clicked booking form meant that my friend had only secured us two beds for our final night in Kyoto instead of the three that we needed. The hostel wouldn’t let us share because it broke fire laws, and the wreckage from the blaze that had consumed the house opposite our hostel the previous night was still hot, so this wasn’t a rule they were willing to overlook.

There we were pulling straws to see who would need to find somewhere else to sleep that night, and I was the unfortunate winner. It was after being turned away by two dozen fully booked hotels and hostels that my optimism began to crack.

Obon, the summer festival held in August to remember one’s ancestors, meant that no beds were available, and I would need to look somewhere else. The big issue was that there was nowhere else to look, which the painfully optimistic 19-year-old me of the time could see now.

I could also now see the two Kyotos. The first is the old capital city of Japan that is shrouded in tradition, and a playground for tourists. The second is elusive, and known only by a select few, and that night was my initiation.

Having fallen from my house of cards, many of the urban design choices from around the city were recast as ingenious ways of disguising hostility, as seemingly innocuous benches and bus stops turned into anti-homeless devices. This was the second Kyoto, and she didn’t like me.

So strong was her distain for me that she screamed as I sought refuge in Kyoto station, the timetable announcements from earlier having been usurped by a siren – another anti-homeless device to stop one from getting a wink of sleep. Despite the noise, it was the only respite from the dark streets outside where I imagined greater dangers were lurking.

It was only after I sat down against a wall to rest, exhausted, that I saw them.

This next part is a point of shame for me, as back then I would have liked to have thought that I saw everyone as a person, and respected them, but that night I realised I didn’t. There were some people I looked through, because, on some level, I thought of them as unimportant and nonexistent.

There were ten-or-so men gesturing for me to join them, each of them wearing tattered clothes and sitting on flattened cardboard boxes to cushion the concrete floor. These men were well-acquainted with the second Kyoto and were surprised to find a foreign face in her company, but there was no judgement in their surprise, only warmth in their smiles and their offer of company for the night ahead.

Using a patchwork of English and Japanese, they taught me the card game they were playing, and we laughed at my strategic blunders and successes as I fumbled through the game. Eventually, the game lulled and we readied ourselves for sleep.

In a city that had not been kind to them, they had chosen to be kind to me. Sensitive to my ignorance, they showed me how to transform my backpack into the perfect pillow; shared their cardboard with me, so I wouldn’t have to sleep on the hard ground; and gifted me a pair of foam earplugs.

I failed to find a bed that night, but I had found a home amongst these strangers. It wasn’t long before I felt a sense of belonging beside my new friends, and realised that the only thing dividing us before now was the delusion that my house of cards was immune to the forces that had caused theirs to collapse.

Two things stuck with me after that night: the first was a confirmation that people are fundamentally kind. The second was a commitment: no matter how high my house of cards might rise, I will push myself to never look through another person again and help how I can.

One year later, I would keep those things in mind when pulling myself out from under an abysmal depression.

P.S. The fire opposite our hostel was real. Fortunately no one was hurt, as the family managed to escape and the fire brigade managed to contain the spread. Also, here is a brilliant article that exposes all the anti-homeless architecture choices that may be lurking in your city.