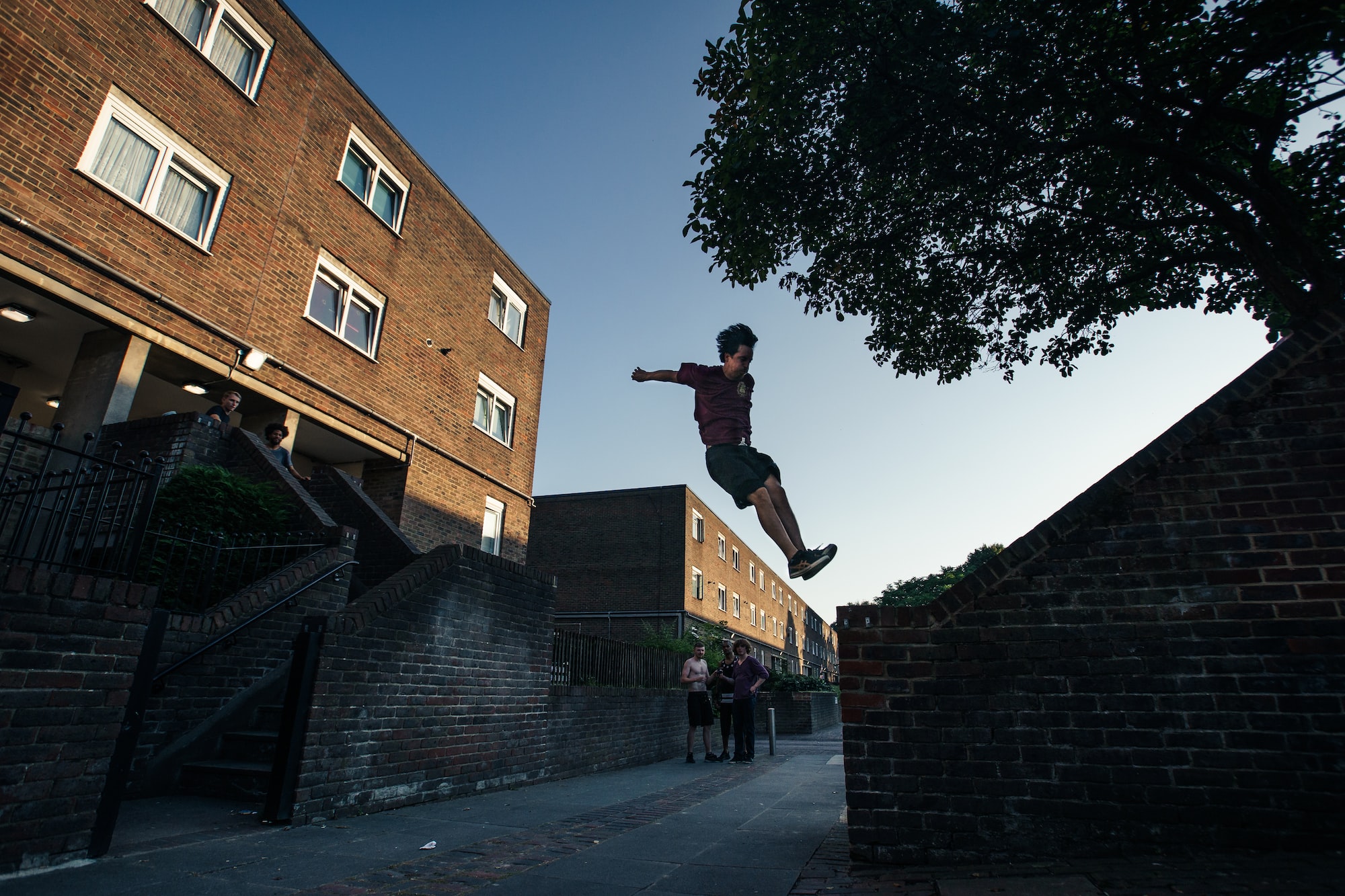 My colleagues walked in with their coffees, and I had my bag of frozen peas.

It was an autumn day, so the peas were still nice and cold when I popped them on my desk.

Yesterday I had thought it just a bruise, but I was wrong. The bone had cracked. My suspicions were later medically confirmed, but for now the searing pain running up my arm when I moved my fingers was enough to divert me to the frozen food section of the supermarket before work.

I had taken up Parkour to run away from people. For years, I'd done martial arts, and learned many ways to punch, kick, and throw. Thinking about it though, the dominant strategy when faced with a danger you can’t de-escalate is to abscond from the unsavoury situation.

Parkour replaces the punching, kicking, and throwing with jumping, vaulting, and rolling. Think 'Assassin’s Creed', 'Spider-Man', or 'The Office'[1]. The philosophy underpinning parkour is to get from A to B as efficiently and beautifully as possible.

Given where I was training, my obstacle course was London.

Cities have a reputation for dragging on the soul. Concrete everything, eye-raising odours, and, if you’re in New York, steamy street chimney’s that elude explanation[2].

The electricity I felt for cities was multiplied when I got into my parkour groove, and began to see London as a playground. The shift was like popping on a pair of glasses that turned a dreary morning commute into one vivid with colour and opportunities for play.

What’s the best way to get up onto that roof? Could I jump that gap? How many seconds would it take to scale that scaffolding?

Boring side-shows and obstacles getting in my way were transformed into the kinds of puzzles that get kids screaming with excitement as they run to conquer the climbing frame at playtime’s first bell.

How we live our days is how we live our lives, and thinking about each day as a game to play rather than one to win changes everything.

That’s not to say having goals is unimportant. But when all is said and done, having “won” life isn’t really the point.

Instead, the point is to have played a beautiful game. After all, why would you want to win anything other than that?[3]