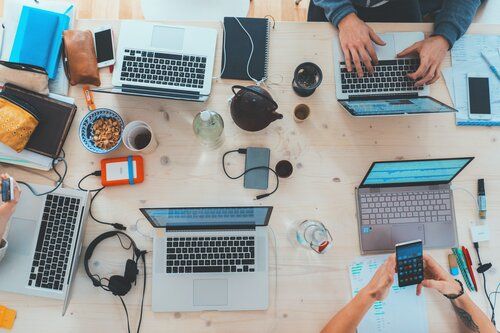 Like many others in 2014, I sat eight three-hour exams as part of my Oxford finals. Thats 24 hours worth of mental sprinting that would be scrutinised, judged, and distilled into a degree representing the effort I'd poured into my academic career – a career that started the day I first rocked up to school in a pair of grey trousers and a navy jumper at five years old.

Transitioning from university to the working world, I thought my academic career had ended. I was mistaken.

After graduating, I joined Techstars, a company that runs programmes to help early-stage companies take their ideas and transform them into viable businesses. My thinking was that the breadth of different people and businesses would show me what direction I should take my post-university life.

During those three months, I was able to speak to dozens of titans from companies like Apple, Google, Walmart, Disney, Goldman, and I always asked them the same thing: "What advice would you give your 21-year-old self if they were living in 2014?".

The key theme was always the same: focus on the opportunities where you can learn the most, not the ones that just pay the most. In the long-term, you’ll unlock far greater financial and personal rewards.

Like with a savings account, knowledge accumulates compound interest, so the earlier the start, the richer you'll be.

For someone that had thought their learning journey was over, it was refreshing to be told that the journey was only just beginning.

Remember that you are the average of the five people you spend the most time with, so be sure to surround yourself with voices that will boost your average: colleagues, books, podcasts, friends, newsletters, your twitter feed... All of these things are powerful forces in shaping who you are.